I have three brothers who have all been skaters (only one has stopped) as well as me...and as such - there's a whole lot of hand me down shit that probably all four of us have ridden or used or whatever...but one hand me down that blew my mind yesterday while i was watching my younger brother skate about on one of his boards is a set of cockroaches that apart from one wheel with a little bite out of it are not crusty, not flat, no warn to a tiny little thing...they an absolutely perfect wheel.

I know there's not a whole lot of point to this, but really I just wanna say that Cockroach Wheels are/were obviously the shit! and australian...

cockroaches were the shit, and from memory $8 compared to the $12-15 cost of seppo wheels, they were reissuing them between say 9 and 5 years ago

ah the days of buying a single wheel...the start of the first "mash ups"

We used to buy the Cockroach 2nds from Goodtime then take em to school and use the Woodwork Lathe to get them down to about 38mm. hahaha...

Cockroach became core tech, which were rad. I remember working at PSC at the time of the globe world cup and the vert guys would come in, swap their wheels for coretechs and razor blade of the print because that is what they wanted to ride. I remember Bob Burnquist doing it.

Actually Joshua, Primate was/is actually owned by someone totally different to Cortech/Cockroach. Primate Johnny lives in Vic, and old mate from Cocky lives in Sydney.. They did however work together on varied stuff though!

Both cockroach and coretech are amazing.

anyone who has ridden them knows this.

Johnny McGrath was doing 6ply decks with carbon inserts in the 2nd and 5th layer 10 years ago.

I found an old H-Street set up in my garage when i was maybe 12 living in New Zealand, traded the board to a friend of mine who runs Trash Skates in Dunedin, NZ. Living in Perth, WA now and still got the original cockroach wheels that were on the board though! They're pretty worn but still cool 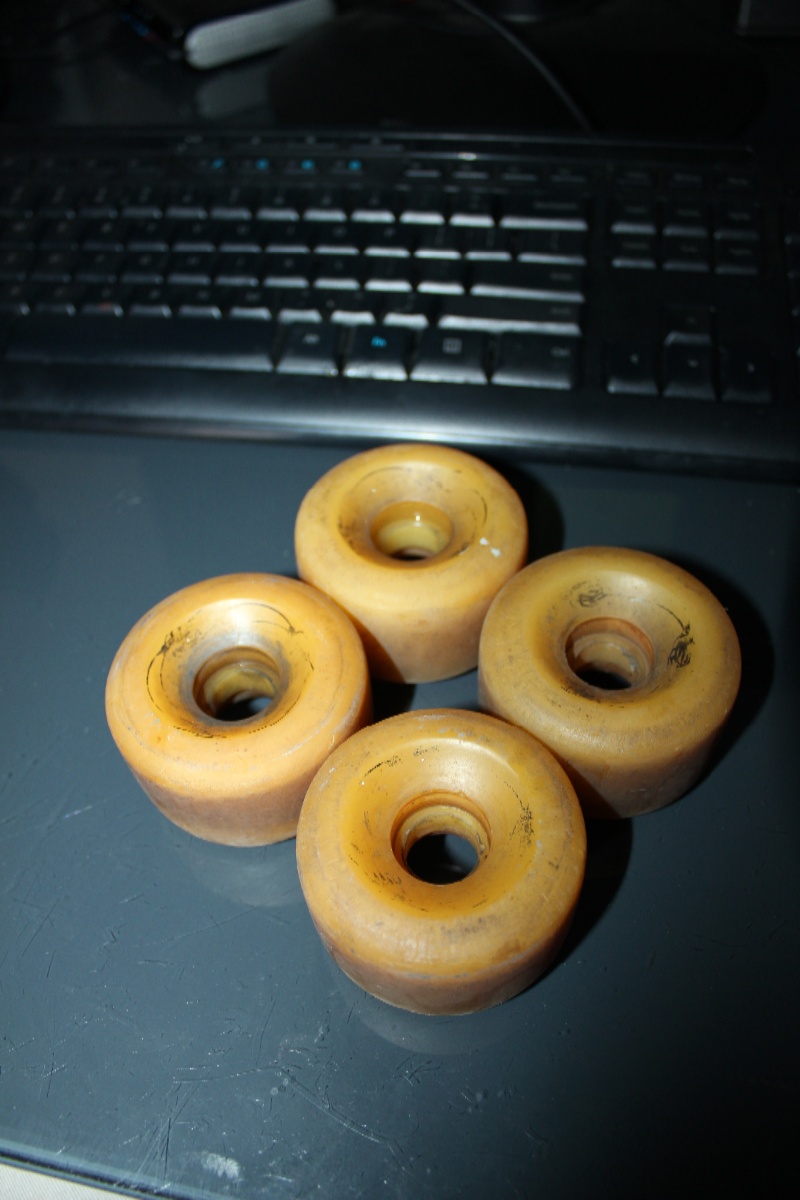