'GLOBE BOWL RIOT' U/16 SKATEBOARD CHAMPIONSHIPS
UNDER 16, UNDER 12 AND UNDER 9 BOWL RIDING COMPETITION WITH A PRIZE PURSE OF $10,000


On Sunday January 24th (8am – 4pm) Globe Bowl Riot U/16 Skateboard Championship will take place for the second year running at the iconic St Kilda Skate Park and will showcase the new wave of skateboarding in Australia.

Bowl Riot shines a spotlight on a new wave of young Australian skaters that are now skating at a level way beyond their years.

"The Globe Bowl Riot is bringing attention to a talent pool of kids who are the next wave of skateboarding stars, some are already having an impact.” said Event Director Renton Millar “We worked hard to get St Kilda Skate Park built and it’s so exciting to see the future dominators battle it out for a whopping $10,000 cash purse at such an iconic location." 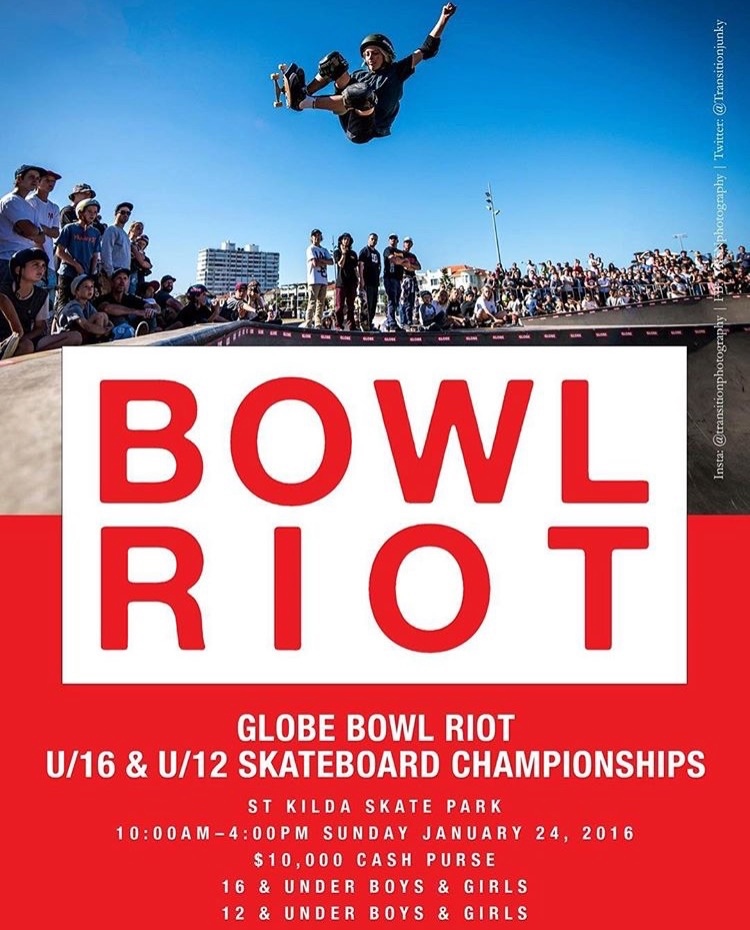